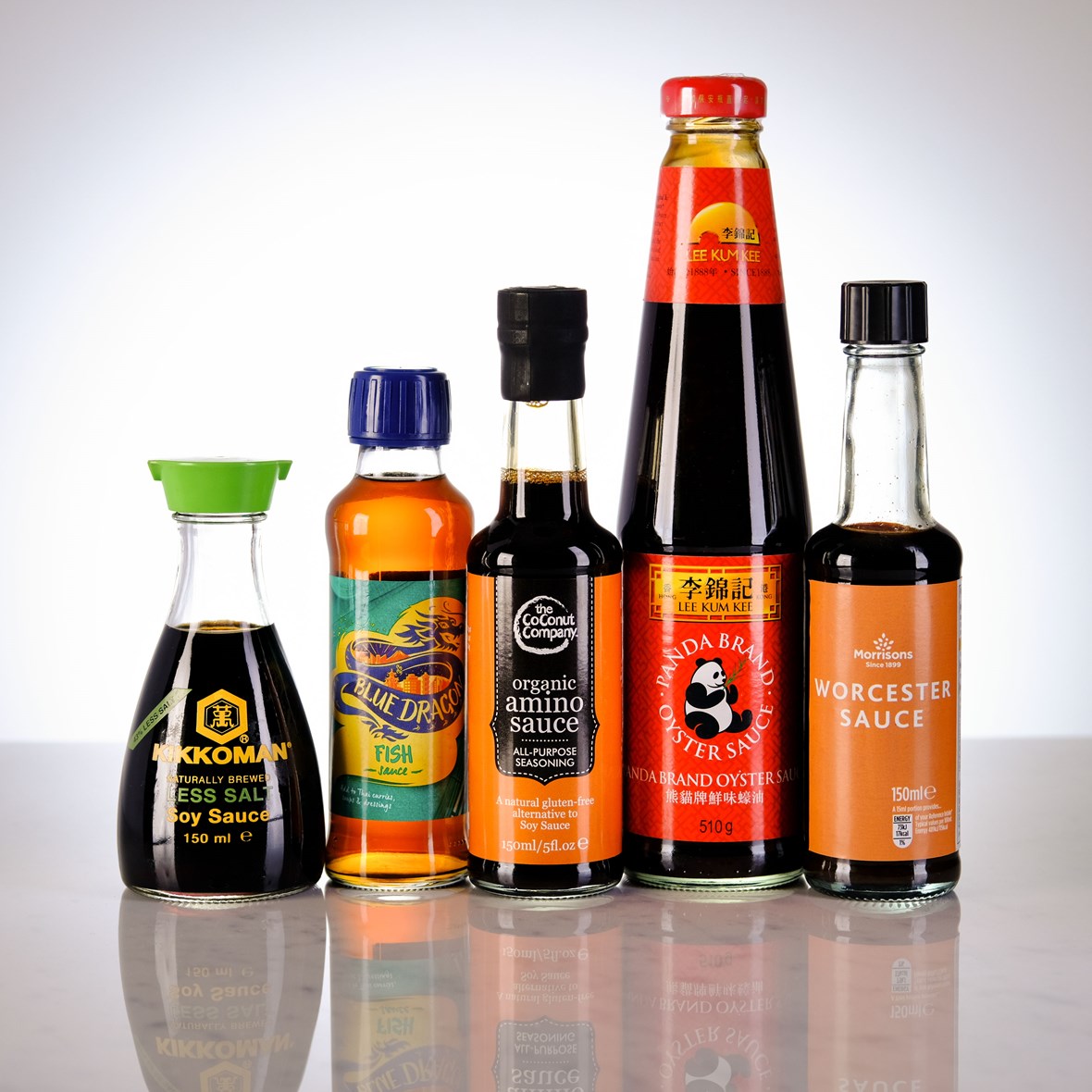 Soy Sauce, known in Japan as Shoyu, is made by combining tane-koji mould with soy beans and wheat to make a rice malt, then adding saltwater and extracting the fermented 'moromi' liquid. It is a classic seasoning for so much South-East Asian cooking. Traditionally rather salty, reduced-salt varieties are now available.

Fish Sauces abound in South-East Asia. They are loaded with Umami. Similar-tasting vegetarian versions of many of them are becoming available.

Oyster Sauce is another classic Umami seasoning for many Chinese dishes.

Worcester Sauce was devised in England by Lea and Perrins in the 1830s and is very piquant, containing malt vinegar, molasses, anchovies, tamarind extract, salt, sugar, onions, garlic, and spices.